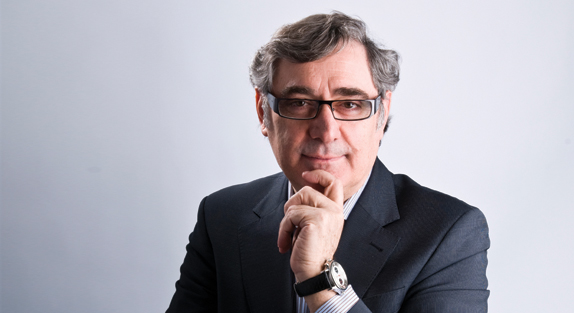 Facing the crystalline waters of the Adriatic against a backdrop of lush mountains, a coastal town in central Italy illuminates with blushing sunsets that follow the ocean beyond the peripheral. Its beauty so serene, its essence so stirring, in San Vito Chietino dreams are born.

A destination where artists, composers, poets and legends see with their hearts and speak with their soul, it is here where an international cyclist peddled and sweated and cried his way up vigorous valleys and treacherous twists during the Giro d’Italia in June of 1950. And at that moment just 30 kilometres away, a pregnant woman agreed with her husband that if Fausto Coppi would win, their unborn child would carry on his namesake. Later on, applause embraced a victorious Coppi, and Fausto Antonio Di Berardino was blessed with kismet as he opened his curious eyes for the very first time.
The dreamy town of San Vito is picture-perfect, with verdant cliffs overlooking a spectacular view of pristine waters and magical sunsets.
Ancient fishing frameworks or trabocchi stand the test of time along the Adriatic coast.
Fausto Di Berardino with daughter Tania and former world-class soccer player Roberto Bettega, daughter Sonia and her fiancé, Justin Mannella.
Known for more than just its clear waters, the region of Abruzzo boasts a wealth of historical monuments and castles, vestiges of its strength and endurance.
The skill of Italian artists reveals itself in architectural masterpieces.

Today, black-rimmed Pradas frame the gaze of an unbeaten man, who is most recognized for his milestones in the restaurant business. “[Di Berardino] is a champion in the restaurant world,” says friend Valeria Ciardiello, a famous Italian sports journalist who presents 231Show on the Juventus Channel. Hailed as a mecca for authentic Italian haute cuisine, Coppi Ristorante (named after his champion idol) excels at satiating the palates of celebrities and food lovers with exclusive dishes such as Bottarga, a Sicilian affair of sundried caviar tuna preserved in salt. “We like to introduce and educate on culinary treasures,” explains Di Berardino, 59. Ciardiello goes on to say: “It’s clear that Di Berardino puts great emphasis on family and love, loyalty and affection, because it’s transferred in every aspect of his restaurant. It’s an experience where you breathe in the air of Italy, its tastes and its traditions.”

Carving a niche in the food industry, Di Berardino is most lauded for importing white truffles in the fall months. Culled from the rich earth of Alba, Italy, the highly esteemed tubers are his forte. “I began bringing in a hundred grams which cost me $600. After five years, we now sell seven kilograms in a month and a half. I was willing to take on a financial investment, and now we are known as an institution for white truffles,” says Di Berardino.

With a relentless spirit unabashedly searching to spread out his energy, Di Berardino is a a self-made man who keeps his feet moving. “Why should I keep walking when I can run?” he asks rhetorically. “A man should never stop dreaming – you have to have dreams, it’s the nature of humankind,” he says.

Apart from succeeding as a restaurateur, he boasts an impressive portfolio that includes burgeoning developer of Borgo del Guardiano, meticulous winemaker of Vini Di Berardino, fervent president of Juventus Club Doc Toronto and when time permits, a one-of-a-kind bird-breeder. “This is a passion I had as a child,” he divulges.

His life accomplishment, however, is being a father to his daughters, Tania and Sonia Di Berardino. “My father’s dedication to family and the importance he places on our happiness is what I love most about him,” says Sonia.

Living his life surrounded by passion and love, Di Berardino travels four times a year to Italy. “I’m the most fortunate person because I have the best of two worlds. The world where I grew up and the world that gave me opportunity,” he says.

When in Italy, Di Berardino is always in search of new dishes, applying hands-on approaches to his latest projects or catching up with long-time friends. “If a connection is full of life and camaraderie, respect, an openness to the roots of the world and to the needs of the weaker, then it is a friendship that is superior. This is why Fausto is such a great friend to have,” says his childhood comrade Carlo Jezzi, a poet.

Di Berardino also passes his time with renowned artists Vittorio Bruni and Eugene Chaplin (son of award-winning actor/filmmaker Charlie Chaplin) and Roberto Bettega, former president of Juventus Footbal Club. “Even with time and distance, Di Berardino and I have a friendship that has endured,” says Bettega, previously a professional soccer player who made headlines as one of the world’s most feared strikers.
Di Berardino’s most recent endeavour is a lavish development of villas in his hometown of San Vito. Picturesque and effervescent, the village floats with luscious green capes and breathtaking alcoves, where warm salty kisses breeze by rustic monuments and cobblestone streets to lift the sweet scent of a bountiful countryside. “Borgo del Guardiano represents the life that everyone should live,” explains Di Berardino. With three models available, living the good life in a holiday home set in a seacoast town steeped in cultural history, bathed in turquoise waters and just two hours away from Rome is now possible, thanks to Di Berardino. “The best life you could ever experience has the ingredients of a clear beach, the mountains, good food and good wine.”

Having mastered the perfect dining experience, it was only natural for Di Berardino to pair his fine food with full-bodied wines. He purchased a vineyard in the province of Chieti in the region of Abruzzo. Adjacent is the ancient Roman town of Lanciano and further on is Ortona, where past battles fought with endurance paved the way for steady pulses bleeding with lively aspirations. One of which is dramatist and poet Gabriele D’Annunzio’s literary works, with Triumph of Death catching life on a cliff facing undulating waves and bobbing, centuries-old frameworks.

Realizing that the vineyard was capable of producing much more, Di Berardino fused his savvy business acumen and determination with the advice of agricultural experts and technicians to assess the vineyard’s potential. “By the third year, we are in full production, producing 80,000 bottles of Montepulciano D’Abruzzo and Trebbiano D’Abruzzo DOC.” The wine bottles will also feature an exclusive label designed by Bruni and Chaplin, with part of the proceeds going to Lega Italiana Protezione Uccelli (LIPU), a foundation associated with the World Wildlife Fund that helps to protect the deteriorating reproduction of birds in Europe. “I love nature and animals, and one of my passions is birds,” says the preservationist.

At just 20-years-old, Di Berardino was lead to Canada with the promise of opportunity, arriving at Toronto’s steps with just a few bills rolled up in his jacket pocket. But opportunity, he soon realized, would only come with hard work. “My father always had the notion that there is nothing in life that can’t be accomplished, even when the odds are against you or when the chips are down. He’s always been a go-getter,” says his eldest daughter Tania.

With ventures that inspire a cultured life sealed with Italy’s best, Di Berardino has come a long way. “I came to Canada with £150 in my pocket and still have it to this day,” he smiles. Never one to forget his roots, Di Berardino treasures the simple tokens of how he came to be.

Any cookies that may not be particularly necessary for the website to function and is used specifically to collect user personal data via analytics, ads, other embedded contents are termed as non-necessary cookies. It is mandatory to procure user consent prior to running these cookies on your website.